Firefinch’s Morila mine: Reviving one of Africa’s great gold mines 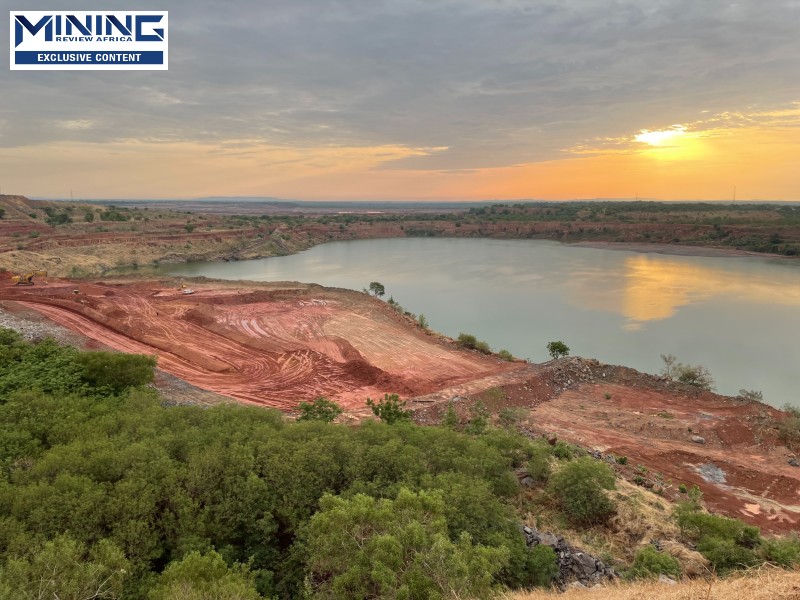 A transformative deal struck just less than a year ago, which saw ASX-listed Firefinch (formerly Mali Lithium) acquire the 80% stake in the Morila gold mine from Barrick and AngloGold Ashanti, is quickly gaining momentum with the company firmly focused on its objective of becoming a 200 000 ozpa gold producer by 2024. CHANTELLE KOTZE spoke to MD MICHAEL ANDERSON about Morila’s rapidly advancing development plan.

The Morila mine poured first gold in October 2000, making a name for itself as one of Africa’s great gold mines owing to its high-grade ore body which treated 14 – 15 g/t material in the early years of operation, with gold production peaking at just over 1 Moz of gold in 2002. Since then, the mine has continued to produce gold non-stop over the past two decades, despite halting open pit mining in 2015, when it transitioned to treating only stockpile and tailings material.

The project is set to make quite the comeback, with Firefinch hard at work on re-establishing Morila as a West African gold mining company, under the leadership of Anderson, who was appointed to the role of MD in March. He joined Firefinch from resource-focused asset management firm Taurus Funds Management where he lead the company’s investment into numerous West African gold producers.

The Morila project comprises the historically-mined Morila Super Pit (currently being dewatered) containing a measured an indicated mineral resource of 21.2 Mt for 1 Moz of gold, as well as several satellite deposits namely, N’Tiola, Viper, Morila Pit 5 Koting and Domba, which were recently upgraded and the mineral resources were almost doubled. The satellite pits now contain a combined measured and indicated mineral resource of 5.5 Mt for 190 000 oz of contained gold. The project also comprises a remaining 1.7 Mt of tailings material containing 28 000 oz of gold, which the company expects to deplete by the end of 2021.

Since acquiring the stake in Morila in the last quarter of 2020 for US$29.7 million, Firefinch has been ramping up production from a current annual production profile of 40 000 oz from tailings treatment alone, towards a targeted 50 000 oz by the end of 2021 by mining a combination of the smaller, satellite open pits, stockpiles and tailings.

The heyday is far from being over

While some might say that “Morila the Gorilla” has had its heyday, Firefinch’s life of mine plan for Morila, published in May, reveals that there is significant upside still to be had, as it undertakes work to prove up enough resources to support a 200 000 ozpa operation with an initial 7-10 year mine life. Not only will Firefinch continue to prove up resources at the historic Morila Super Pit and the numerous satellite pits, but the company will also do so at the multiple targets on the 685 km2 of surrounding tenure, which will be subject to further exploration.

Although Morila has only been undertaking hydraulic mining of tailings, since pouring first gold under the ownership of Firefinch in November 2020, Anderson says that open pit mining of the satellite deposits started in May. Mining initially began at Morila Pit 5, undertaken by Malian mining contractor EGTF, with mining at the Viper and N’Tiola satellite pits to begin thereafter. These satellite pits will provide the primary feed for the next 12 month of production until such a time as the Morila Super Pit can be mined, explains Anderson.

The processing of material from Morila Pit 5 was made possible by the refurbishment and recommissioning of the comminution circuit, which was finalised in May, where a blend of tailings and ore from the Morila Pit 5 is currently being fed to the mill for processing. The mill  is currently averaging annulaised throughput rates of 3 Mtpa, but on an instantaneous basis has operated at its nameplate capacity of 4.5 Mtpa. Going forward the key to maintaining nameplate is matching mining rates from both the satellites and the Morila Super Pit.

“At present, the Morila Super Pit pre-strip is provisionally planned to begin in the first quarter of 2022 once a sufficient amount of dewatering within the pit has been completed and sufficient tailings from the pit has been repatriated. This will enable us to access areas of known mineralisation along strike and at depth within the pit. By the second half of 2022, we aim to rapidly increase our production to 120 000 ozpa of gold by mining the Morila Super Pit,” says Anderson.

In order to achieve its envisioned production targets, Firefinch awarded a large open pit mining contract to international mining contractor Mota-Engil and Malian-owned and operated contractor Inter-Mining Services, in June. The companies, will in joint venture, mine the Viper and N’tiola satellite pits, as well as phase 1 mining of the Morila Super Pit, while also managing the run of mine stockpile at the Morila plant.

According to Anderson, work is scheduled to commence at the Viper and N’tiola satellite pits in August, while mining at the Morila Super Pit is scheduled to begin in the first quarter next year.

Having initially raised $74 million for the acquisition of Morila and for working capital to revive the mine and processing plant, the company raised an additional $47 million in June, not only to accelerate production growth at Morila, but to continue exploration and undertake resource development drilling.

Anderson explains that because Morila’s geological limits are not well understood, exploration of the near mine potential at Morila is a major focus, where Firefinch plans to further test the potential of the various satellite resources and multiple targets on the
685 km2 of surrounding tenure.

Plans are also firmly in place to undertake resource development and expansion drilling at the Morila Super Pit to increase resource confidence and to support reserve growth, says Anderson, noting that the company will also investigate extensions to Morila at depth to define its underground potential and whether the establishment of a small, targeted high-grade underground mine makes financial sense.

“With a 7-10 year mine plan based on the company’s current reserves and known resources, the aim is to further optimise and define this plan, while significantly increasing Morila’s resource inventory and extend the mine life beyond the current mine plan,” Anderson concludes.

Chantelle Kotze
Chantelle Kotze is a Johannesburg-based media professional. She is a contributor at Mining Review Africa (Clarion Events - Africa) and has created content for the media brand over the past 6 years.

Panthera Resources: Many projects, one vision

Panthera Resources: Many projects, one vision

“Violence against women has become more than a national crisis”